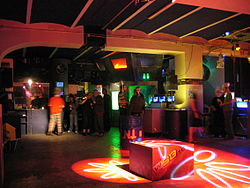 There was a developer meet-up c-base on 4th November.

As an internationally diverse team, K-9 members do not often meet-up physically, mostly using remote working tools to organise the project. However schedules meant that cketti and philipwhiuk were able to arrange a meet-up in Berlin this week - following on from previous meet-ups and hackathons between cketti and Valodim earlier this year.

The host organisation, c-base provides a group space for computer software, hardware and networking and has previously hosted events for organisations like the Chaos Computer Club, Wikipedia and the Freifung wireless community.